Microsoft has fixed a glitch in Windows 10 that meant one of the operating system’s core features stopped working.

Dozens posted on social media that Windows Search had stopped working for them on Wednesday morning.

Users said that when they used the desktop search tool it brought up a blank box rather than related results.

Hours after it was first reported, the company said it “resolved” the problem for most users but some may need to restart their computers.

“This issue has been resolved for most users and in some cases you may need to reboot your machine,” it said.

The Windows 10 operating system has 800 million users worldwide. Microsoft did not say how many users were impacted by the problem.

The tool is one of Windows’ most used facilities, and normally makes it easy for users to find files, apps, emails and other content stored on their computer. However, while it was down users were shown only a large grey box.

“The taskbar search doesn’t work for me now, I have to scroll up and down the start menu like an animal,” tweeted one frustrated user. 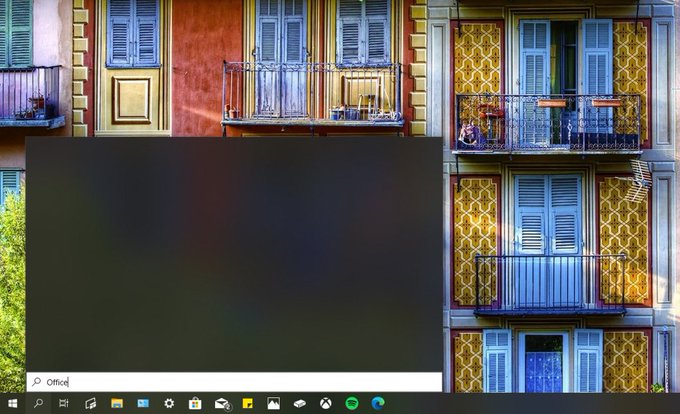 34 people are talking about this
Report

Another wrote: “I thought it was just me until I saw other people reporting the same thing within the past few hours”.

It came after the US National Security Agency (NSA) discovered a major flaw in Windows 10Â which could have been used by hackers to create malicious software that looked legitimate.

Microsoft issued a patch to that bug and said it had seen no evidence of it being exploited by hackers.