The classic Macyâ€™s Thanksgiving Day Parade could be without its most recognizable attraction on the big day this year.

Strong winds may lead New York City officials to ground the 16 balloons scheduled to appear on the morning of the Nov. 28 parade. According to cityÂ regulationsÂ established in 1998, the balloons arenâ€™t allowed in the air when sustained winds are present that blow over 23 mph and wind gusts exceed 34 mph.

Currently, the forecast for Thanksgiving Day predicts wind gusts could be as high as 38 mph and sustained winds could go as high as 23 mph, according to theÂ National Weather Service.

Here is a first look at the upcoming week. Sunny with mild temps through Wednesday before a system moves into the area bringing a chance of showers Wednesday. Thanksgiving looks to be dry, but rather breezy with gusts 30 – 40 mph possible. Updates at http://weather.gov/nycÂ 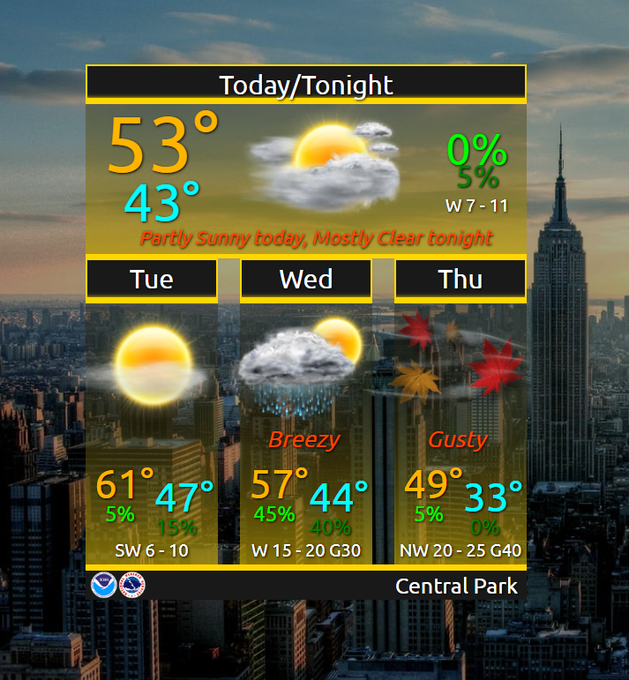 The wind regulations in New York City came about after four people wereÂ injured by a Cat in the Hat balloon during the 1997 parade. The balloon was impacted by strong winds.